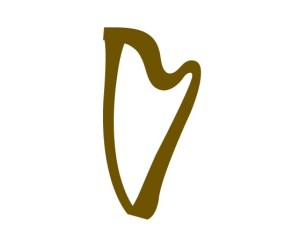 On the 17th of September, both student and adult Dynamic Harps ensembles were both honoured to attend the Roald Dahl 100th birthday celebrations (City of the unexpected) in Cardiff city centre. We performed two concerts on the first floor of St Davids 2 shopping centre in front of a very enthusiastic crowd of shoppers.
We played an array of our favourite tunes such as Pirates Of The Caribbean, In The Mood and we also premiered our new piece Writing’s On The Wall from the James Bond film Spectre.
I thoroughly enjoyed this experience which was made even better when the crowd started singing along to the tune Living On A Prayer. It didn’t go without its hitches, with very sore fingers and electric harps running out of battery, it’s all part of harping!
I’m looking forward to the next concert that both ensembles take part in and very excited to be premiering some new pieces that we’re working on at the moment.
Blog post written by Georgia, Student Dynamic Harps Member 2013-2016